In the ad and analytics-funded world we live in, data is everything. It gives brands the ability to reach the demographic of their product and lets users utilize services for "free".

Rather than paying with cash, though, users are paying with their data – and the amount they're having to shell out is increasing drastically. For the past two decades, big tech companies and governments have been slowly eroding the idea of privacy.

In January, WhatsApp announced a change to its privacy policy that would force its non-EU users to share their data with Facebook. An in-app alert informed users that if they did not agree to these changes by February 8, they'd be locked out. While this information would not contain messages, Facebook could collect phone numbers, address books, profile names, profile pictures, online status, and app diagnostic logs.

The decision is the culmination of several years of erosion since it was acquired by tech giant Facebook in 2014. While the app has scored necessary end-to-end encryption, the promise of autonomy Facebook CEO Mark Zuckerberg gave has clearly been broken. Indeed, the founder plans to combine the backend of Facebook, WhatsApp, and Instagram's messaging services into a single solution his company controls.

Privacy invasive behavior, of course, isn't limited to Facebook. According to leaked documents, Microsoft, Yahoo, Facebook, Google, and Apple cooperated or co-operate with the US' National Security agency on PRISM, a large-scale private data collection program.

Meanwhile, governments are taking advantage of the coronavirus pandemic to try to undermine encryption and expand facial recognition systems. Though surveys suggest 84% of internet users care about data privacy, measures to protect them have been sparse outside of the EU.

So, what are we going to do about it?

With governments not listening and companies acting out of their own interests, users are left with a seemingly impossible hill to climb. The reality, however, is that as long as the solutions exist, privacy-conscious users will flock to them.

While WhatsApp rolls out full-page newspaper ads to make more empty promises about user privacy, alternatives like Signal and Telegram have been booming. Telegram grew by 25 million active users in the 72 hours after the news broke, while Signal was downloaded 17.8 million times in a week.

At BitLaunch, we're determined to provide a similar, privacy-conscious alternative to VPS use. Our service is built from the ground up to require a little information as possible and provide users with the tools to anonymize, manage, and delete their data. Our users benefit from the following:

Where possible, we encourage users switch to privacy-sensitive alternatives of other platforms. Mastadon is a good replacement for Facebook or Twitter, and Linux tends to have fewer analytics than Windows. Protonmail and Tutanota are more secure than Gmail due to their end-to-end encryption.

In general, however, BitLaunch advocates for self-hosted solutions where possible. Creating DIY cloud storage is simple and relatively affordable thanks to services like Nextcloud and Owncloud. Plex, meanwhile lets users gain the convenience of Netflix through a local media library.

Utilizing alternative or self-hosted platforms starves big tech companies of your valuable data and helps those who don't sell it grow. If you'd like to utilize BitLaunch to self-host privately, feel free to sign up for our service and talk to support for some free credit.

Today, we're going to show you how to install Mailcow on a VPS, utilizing BitLaunch's new DNS support to simplify things further. As a bonus, we'll also show you how to set up Delta Chat on that server for full messaging services. 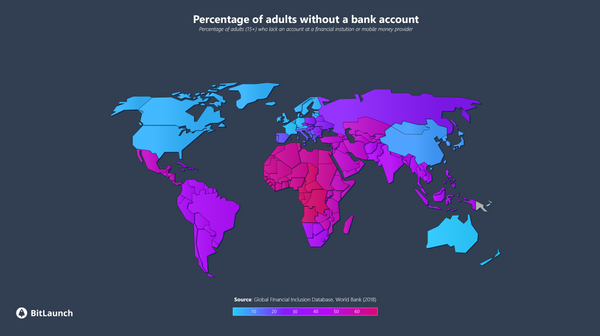 As some countries mull a total ban on cryptocurrency, we investigate how such decisions could impact unbanked communities.